Yesterday we met at Nicky's for our monthly meeting and I was so looking forward to our catch up as I had missed last month's get together.  And I was not disappointed, we had so many laughs -some at my expense but I will explain that later!  The theme for this month was calico and I love the fact that everyone has so many different ideas.  As usual I started my project the day before-I think I work best under pressure and it was so nice being reunited with my sewing machine, I have missed creating!  And Mike also sprung a wee surprise for me, he said 'I didn't have to rush back for calves, just relax and enjoy the day!! ' (so sweet!!) and I did just that, although I think he has a new appreciation for my time when it come to feeding all those mouths!!  So enough of my dribble, you all will want to look at what we did, so here goes............ Now the joke that was on me................just before show and tell the girls sprung a surprise by saying let's do the birthday gift swap.........panic went through me as I thought I had forgotten about someones birthday........and as they were getting their gifts I am going thru the dates of everyone's birthday's in my head and the next is Nicky's but that is in November, so i start saying 'that there is no birthdays this month' and Nancy tells me it is my birthday and I am saying no mine is in January...............but I still get these four gifts above, so as I unwrap these gifts I realise these are mine things, can't say what I called them! While all laughing, they asked me if I had missed them??  The answer to that is no! been too busy but I had noticed that the shoe was missing, I just thought it was Cody!  They had grabbed them at the meeting I hosted back in July, it was pretty funny, I should of made them return them and dust where they grabbed them from!!!!
Long winded post I know,but I thought I would leave you with a couple of photo's from Nicky's.

Have a great weekend, Michelle. 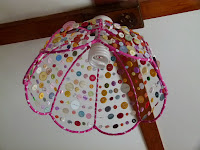 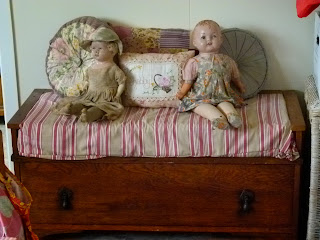 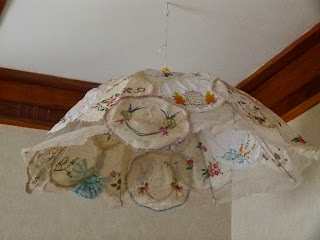 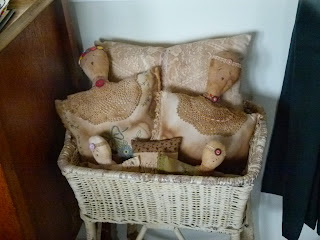 Just a quick catch up, not sure where the time is going but it disappears too quick everyday at the moment!  Time is pretty much taken up with calves and with an additional 65 brought in last week I am now dealing with a couple of sick ones as well.
But in saying this I did find time to go to an auction and buy these rusty treasures........... 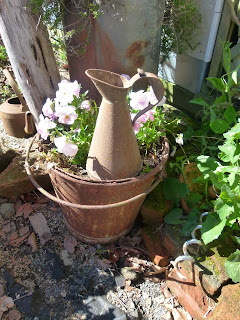 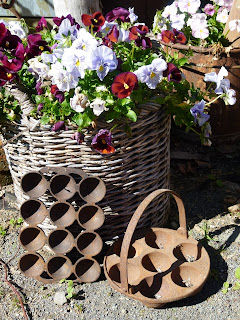 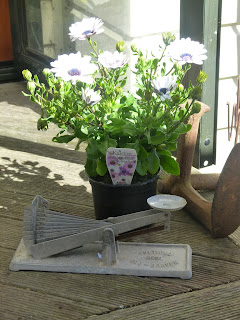 Not a lot of stitching has been done of late but am finding some time at night now to do some on this project, 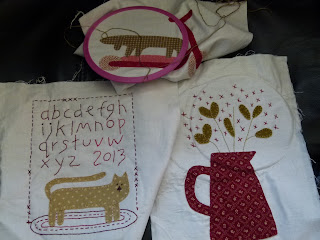 it is supposed to be needle turn applique, but no patience for learning at the moment so am doing good old blanket stitch!  I have also joined Chooky's SSCS again for the 3rd year (I think,) so I have been sneaking onto my  swap partners blog for a look as I need help with deciding  what to make her in this swap.  It is so exciting!!!  I can say that my parcel when finished will be travelling overseas?????
Well that is all for now folks, enjoy your day,
Michelle.
Posted by Michelle at 11:36 7 comments:

Well this post is long overdue and to be honest I have had a house full of sick patients including myself!  It started with Cody and has slowly attacked each of us one at a time!  It is a mean head flu with a wicked cough to top it off!  I am slowly coming right but still feel tired and everything is a effort-but enough of my whining, KHS met last Monday and our theme was buttons, now I couldn't go as Cody was sick and Mike was away looking at bulls and I so missed our meeting, but hopefully I can get some photo's this month of everyones projects. 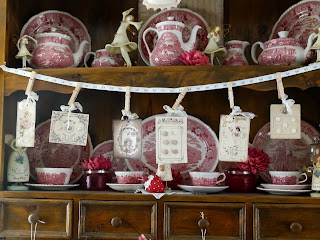 I made a button bunting on an old measuring tape, I have used my wooden pegs with hooks on them that my Mum brought me home from Singapore! (I love these-I need more!!) 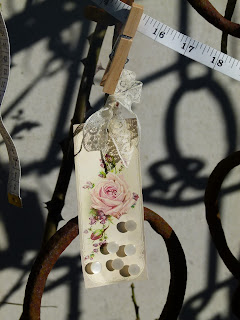 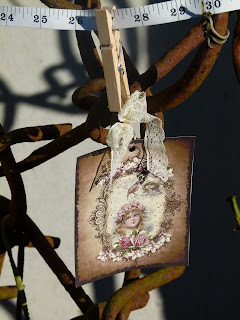 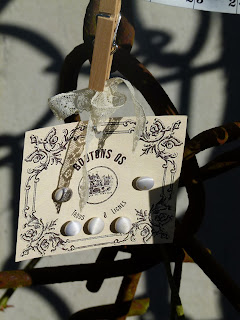 It was a quickish project and am happy with it, but this month the theme is calico so I have started already as what I want to do will take some time.
I also thought I would introduce Matilda and Charlotte, our double trouble. 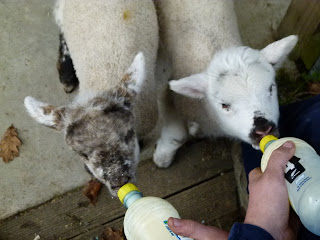 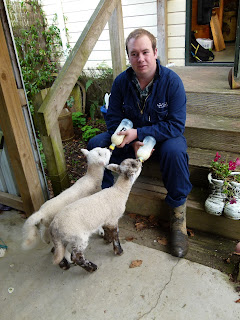 Charlotte has the chocolate head and Matilda has the white head.  They are so very cute and entertaining.  Well must away and do something as the day is so beautiful!
Michelle.
Posted by Michelle at 13:45 6 comments: