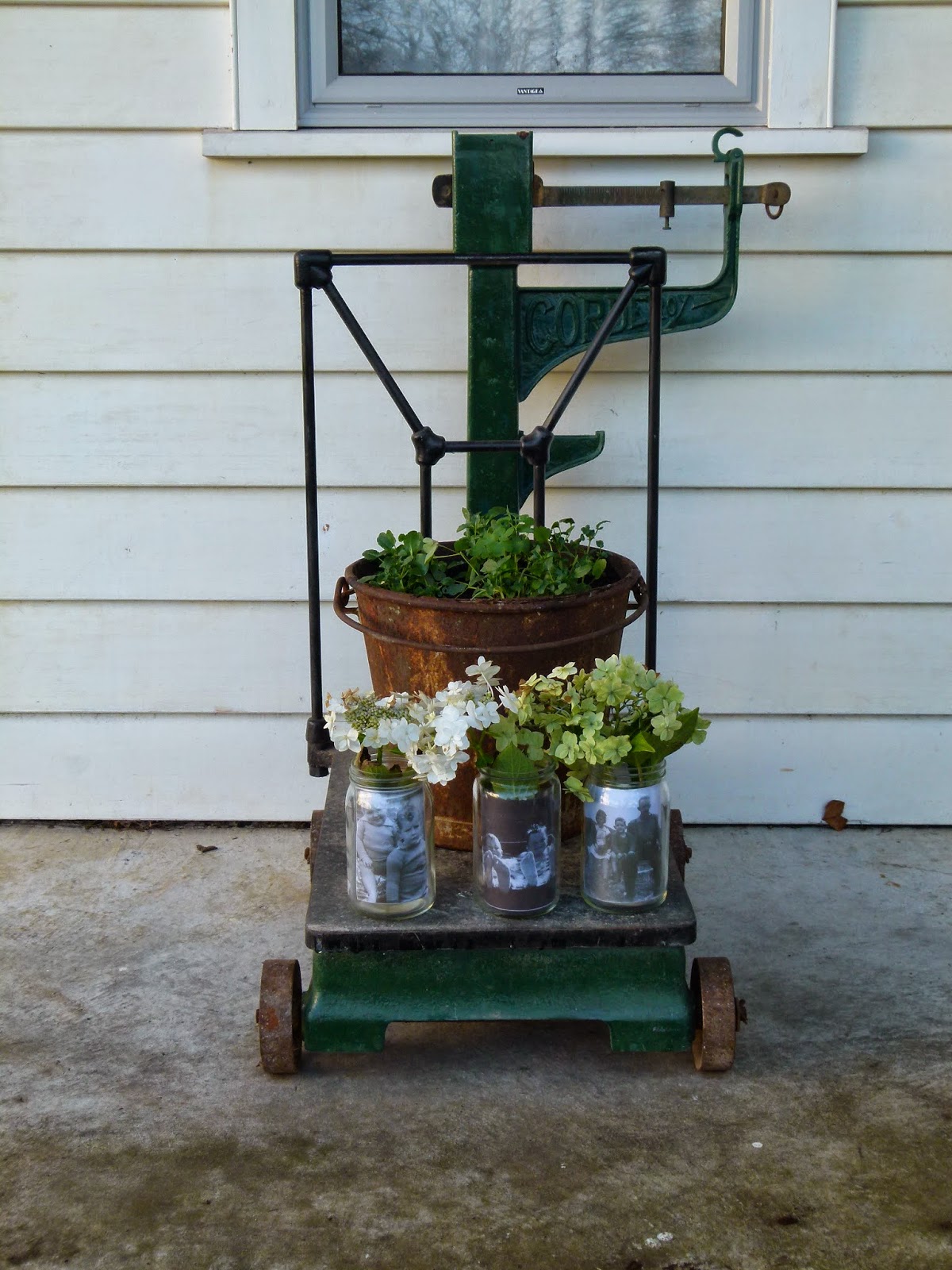 This month's theme for KHS was photo and Claire and I managed to find some time to complete it, (this is the first challenge in months I have been able to finish and to be honest it was really quick!)  We met at Nancy's house and had a fabulous lunch and I did get some stitching done also, so was really happy!  But just catching up with the girls is all I really needed!  So above and below is my project. 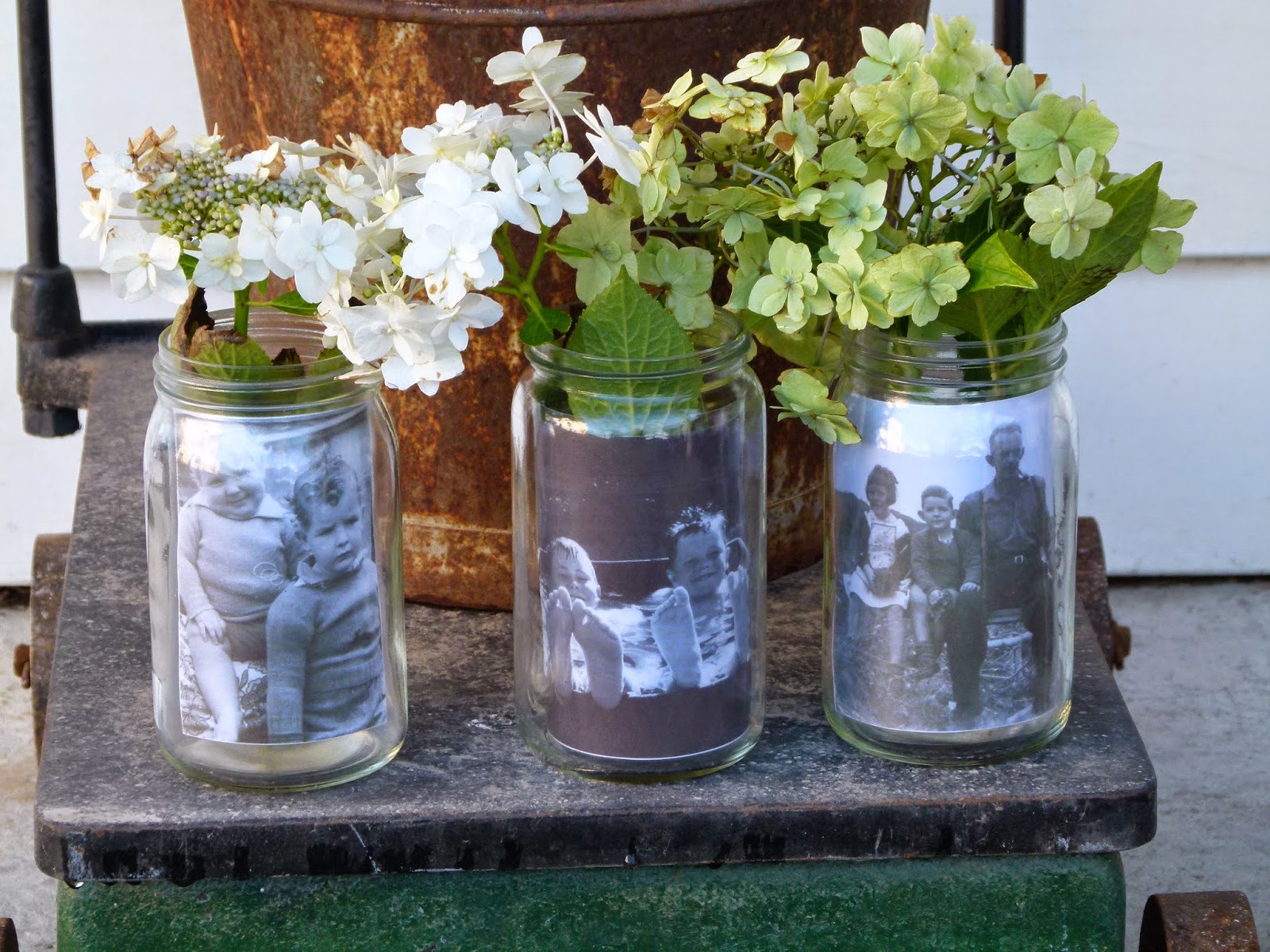 This is Claire's project, she made a  lamp shade with photos on it for her new lounge!!  She also attended a work shop and made this very cute doily manikin. (Is that the correct spelling??)  And she also brought along a quilt top she has finished also! 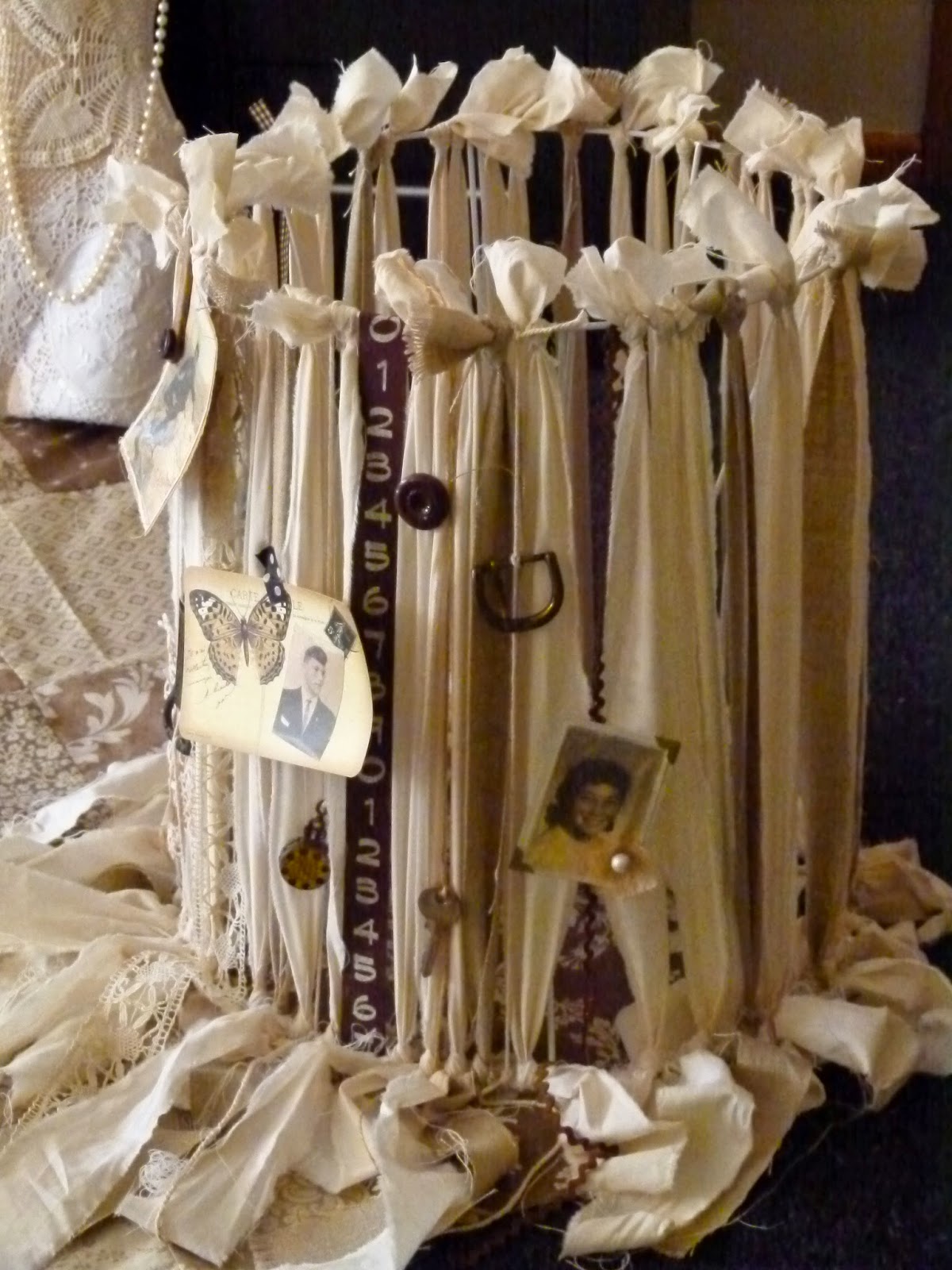 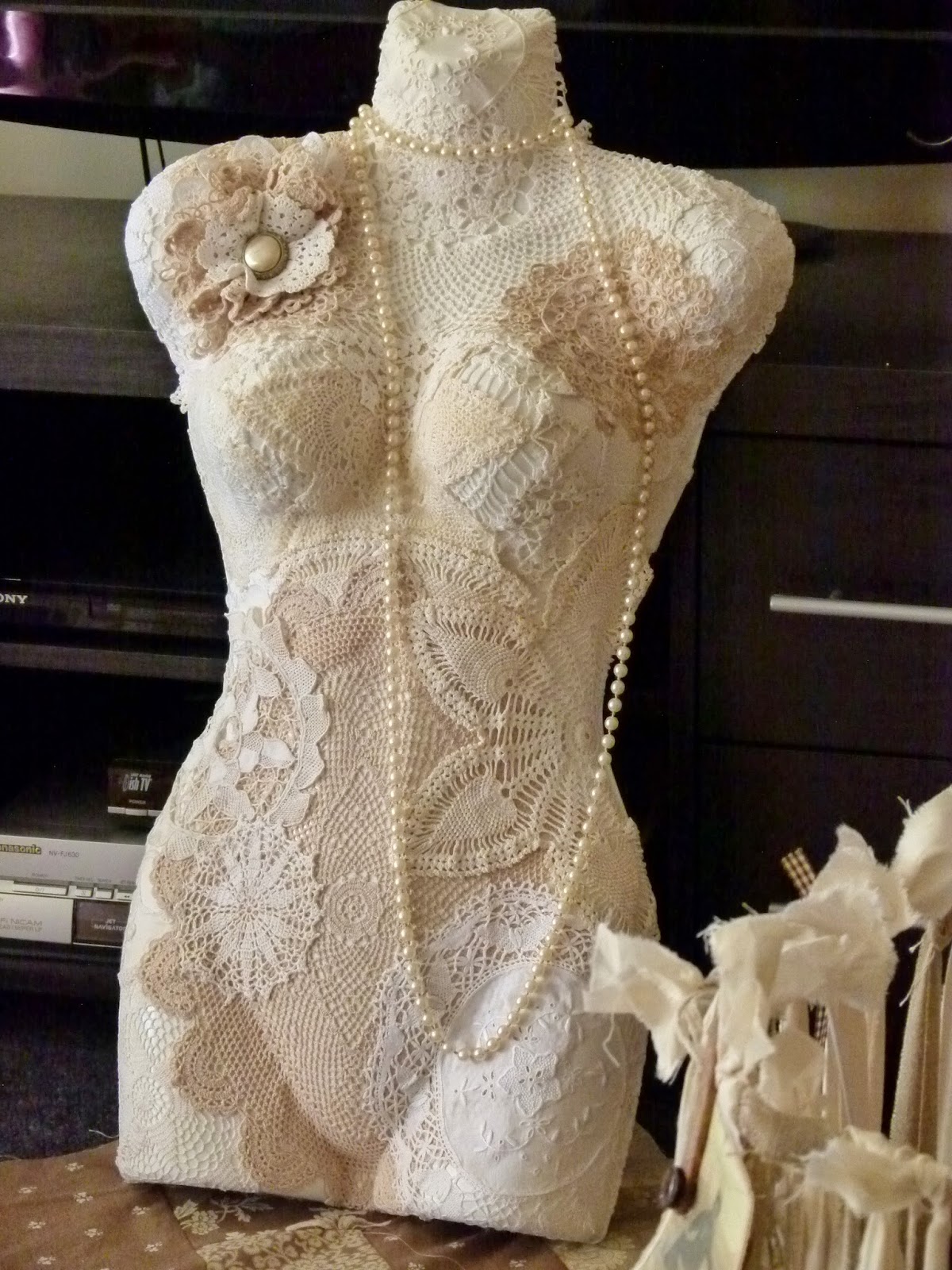 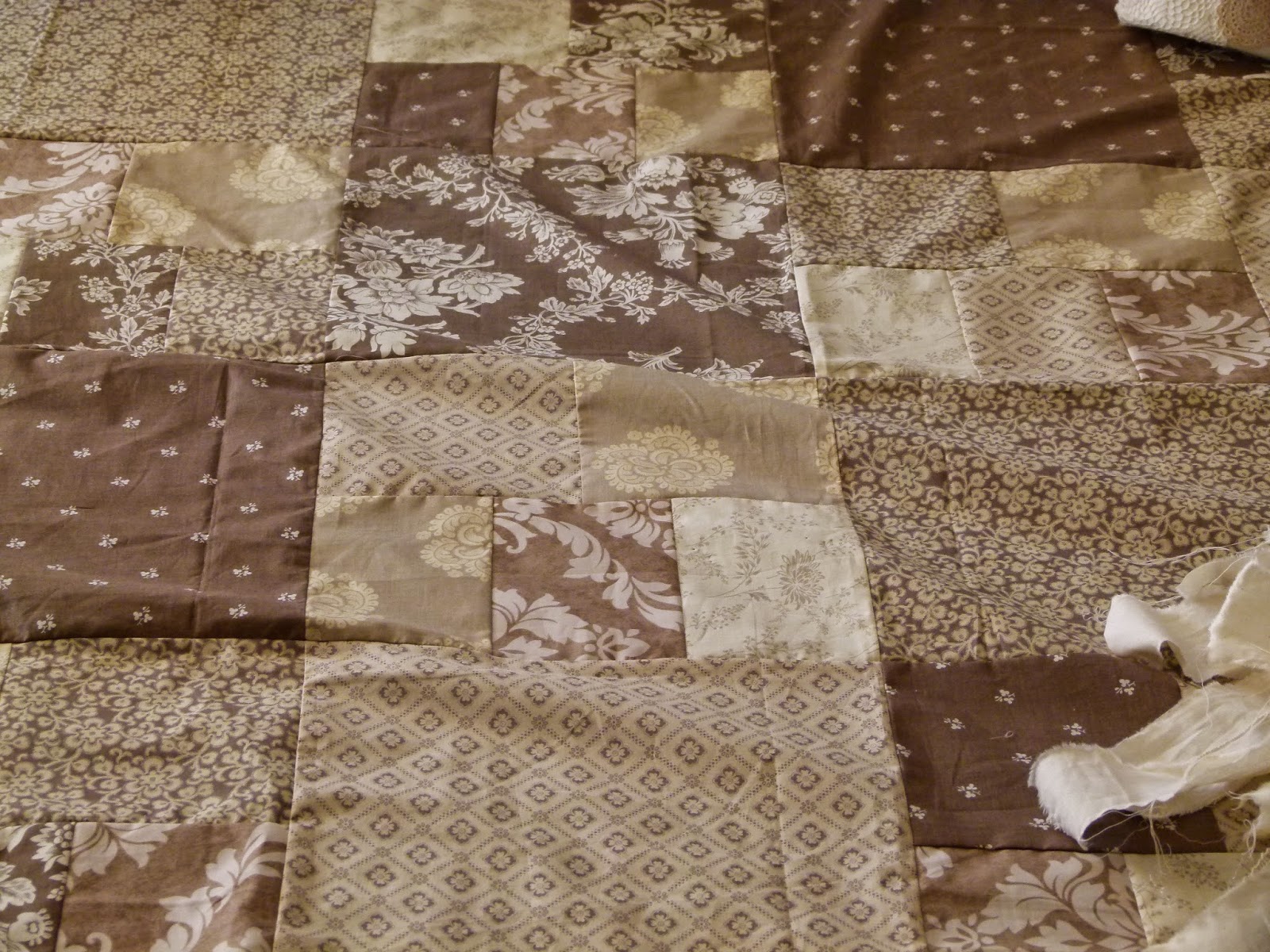 This month was also a birthday month for Michelle, forgot to take photo's of her pressies, but did take a photo of the pressie I made her.  I did not give her my gorgeous rusty cream can-mean I know!! 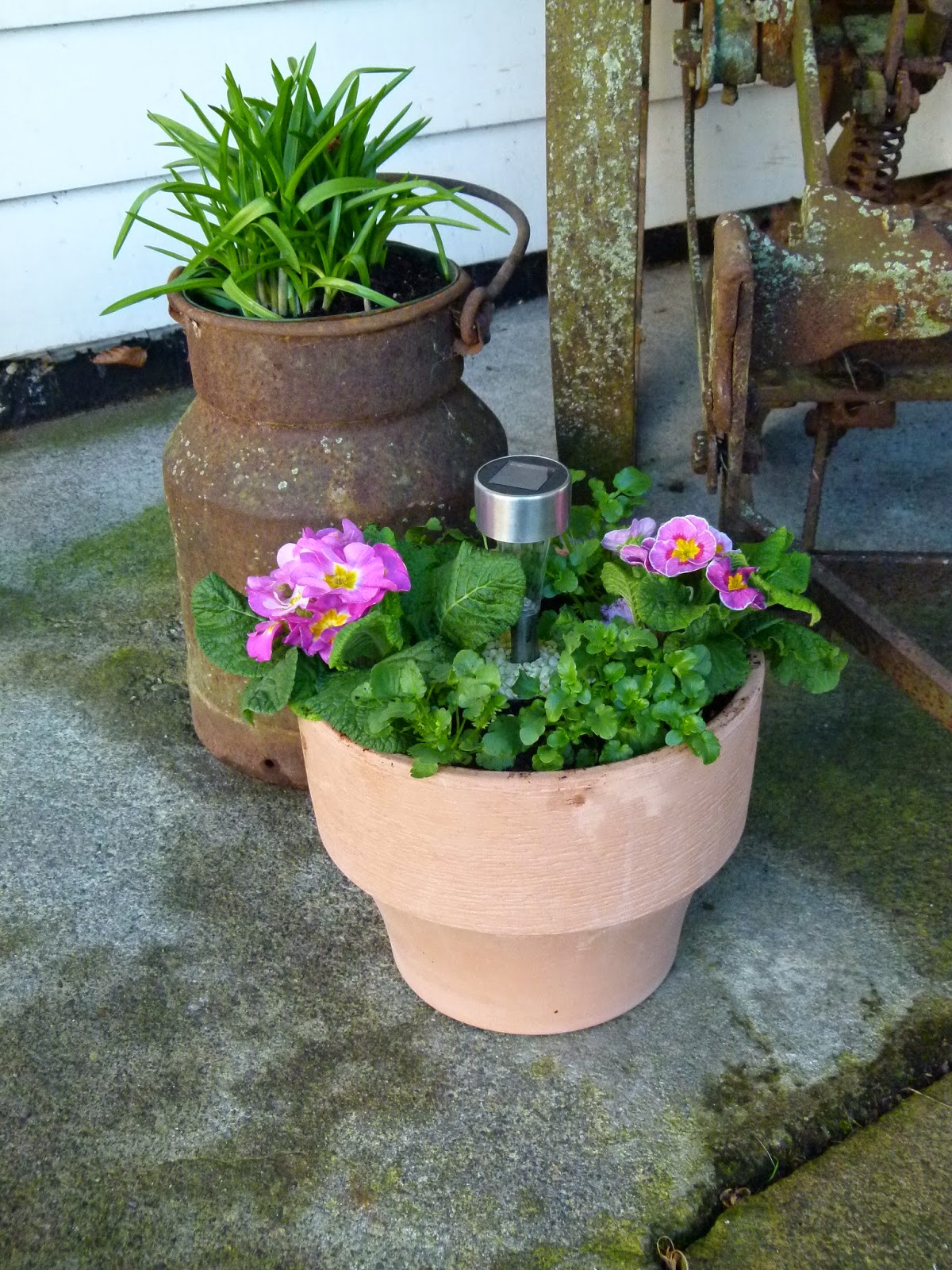 Well that is enough from me I think!  Hope you are having a great week and keeping warm!
Michelle
Posted by Michelle at 12:46 6 comments: 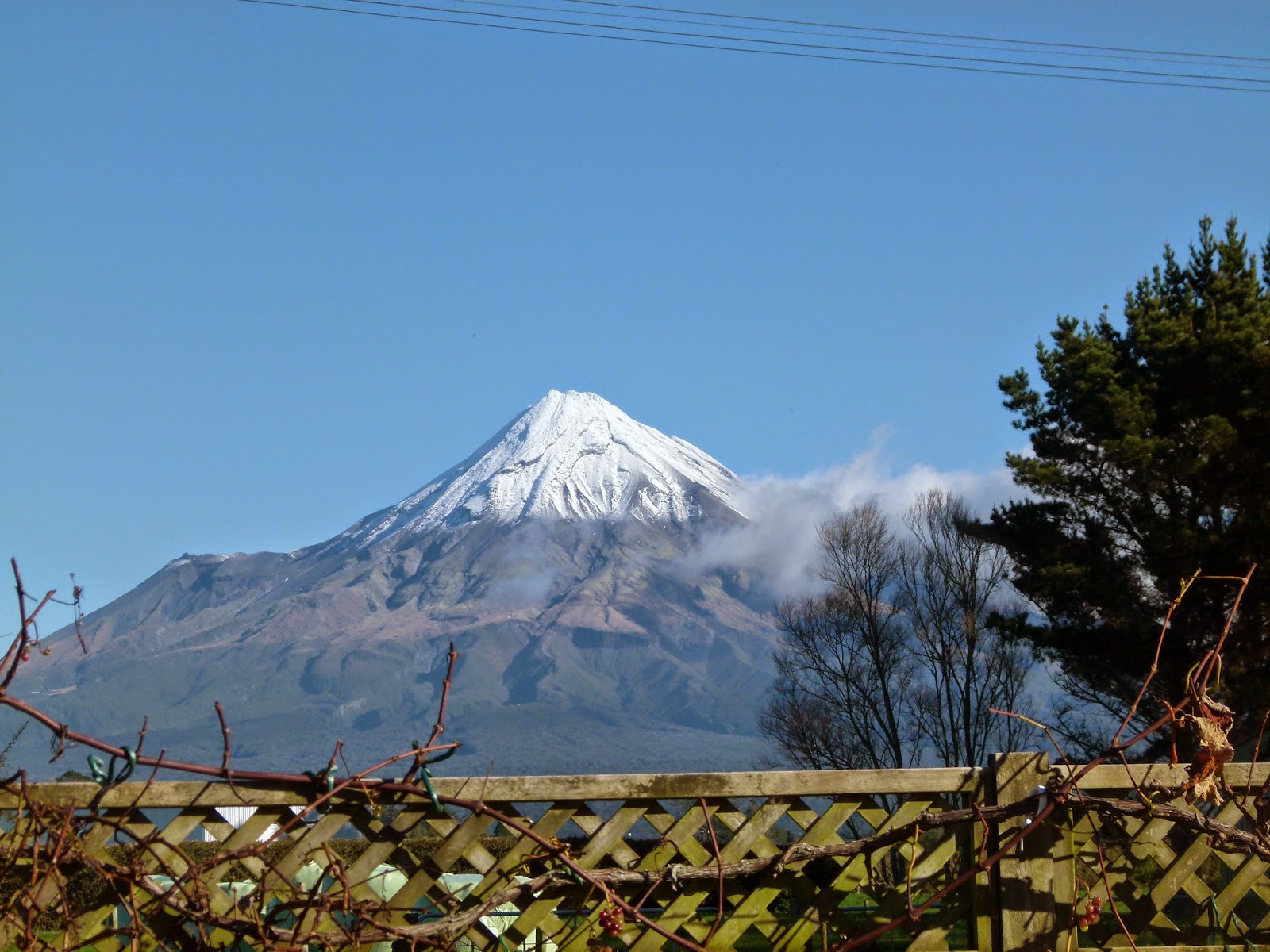 This is the view I get to look at while I am hanging out my washing!  Not that, that has been happening lately!  We have had so much rain, I need a bit of sunshine!  I actually thought this morning after the frost we would get a nice day, but no it is raining now!
Well we are moved and we have been here a month now, moving was a little dramatic as our oldest son Ben took a week off  work to help us move and while tiring a load on a truck, slipped on a ladder and cut his hand, at first glance I knew it would be stitches but when I went to wash it I knew then it was more serious.  So it was a very quick trip to A&E, we arrived just after 5.20 pm and he finally got put into a room at 1.30 am!!  And went into surgery at 9 am, he cut the nerve in his hand and did some tendon damage, so his week off has become 6 weeks!  For a kid who doesn't like sitting around it is going to be a long 6 weeks!  He has had a cast on for 4 weeks and is now in a brace and doing physio.  But with the help of some fantastic friends ( thanks Julie and Rolly!) and family we got here! 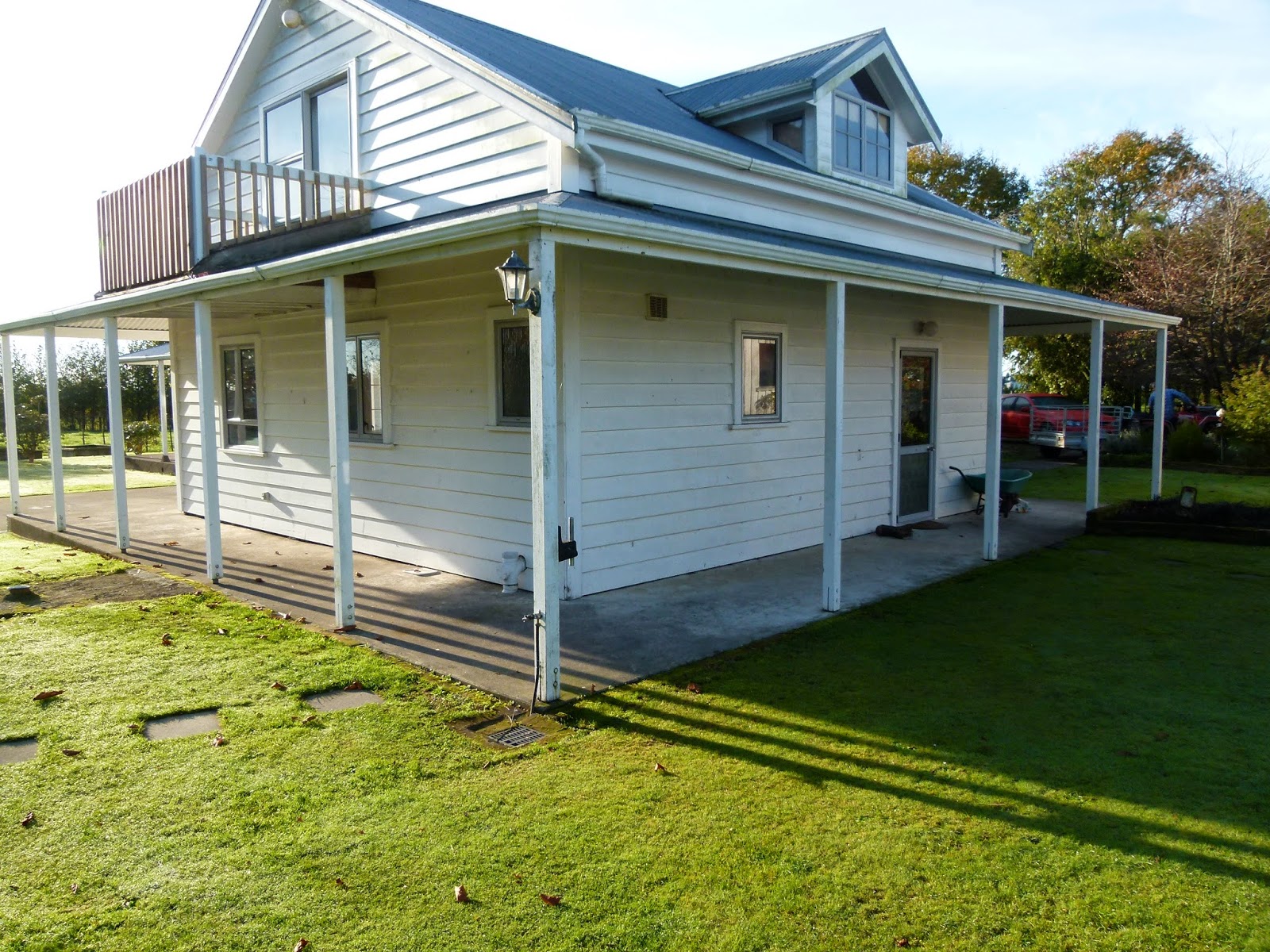 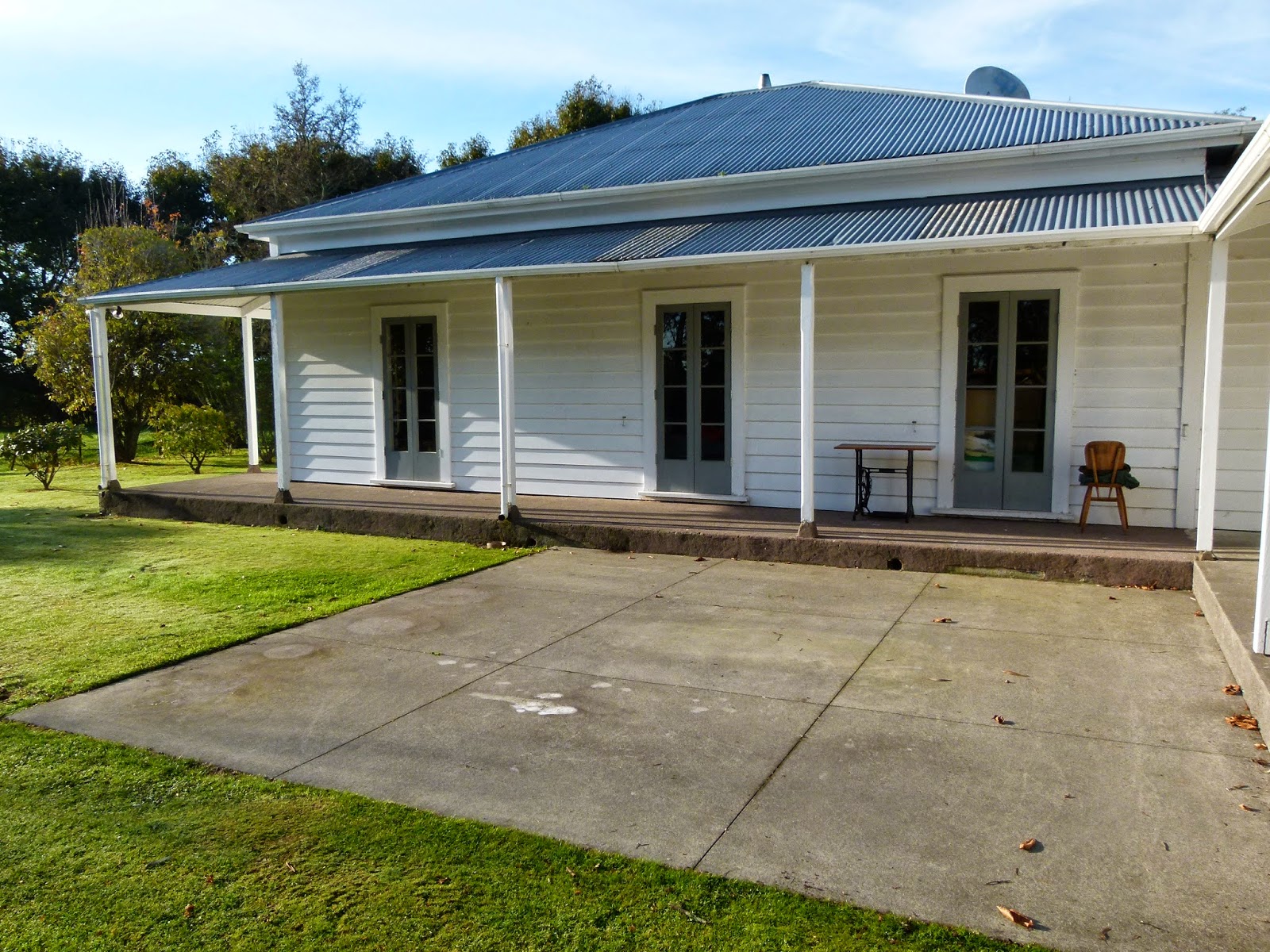 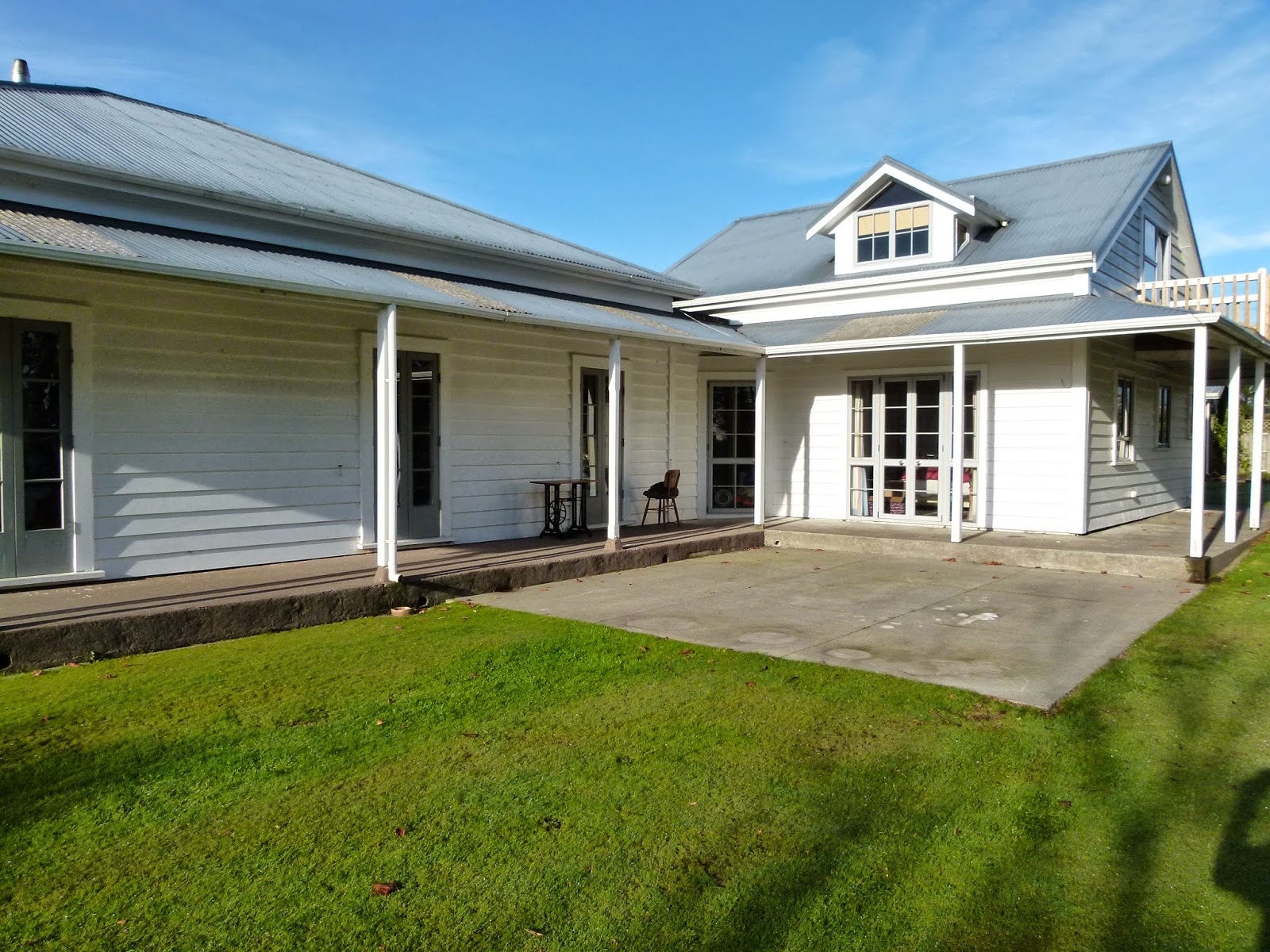 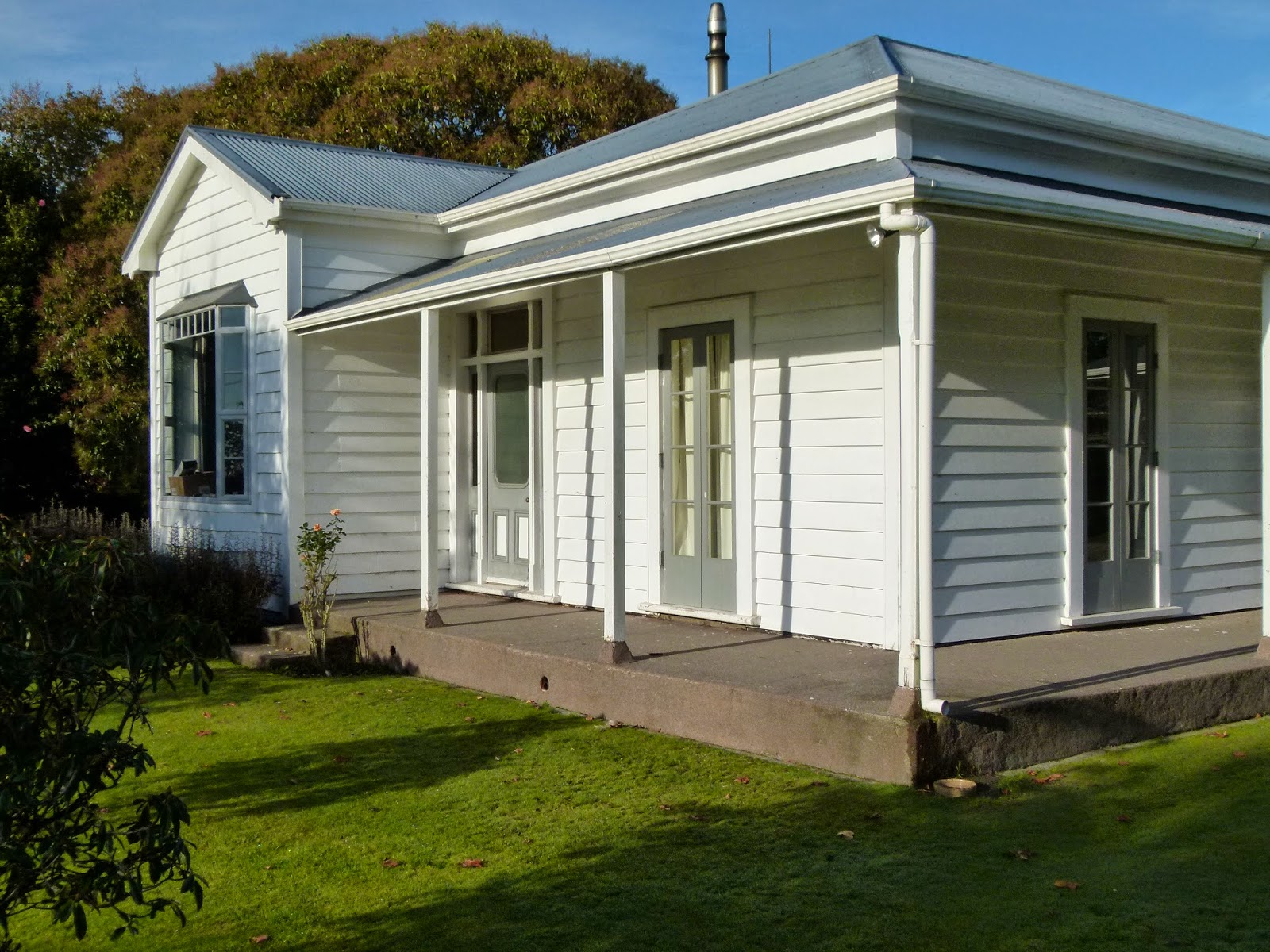 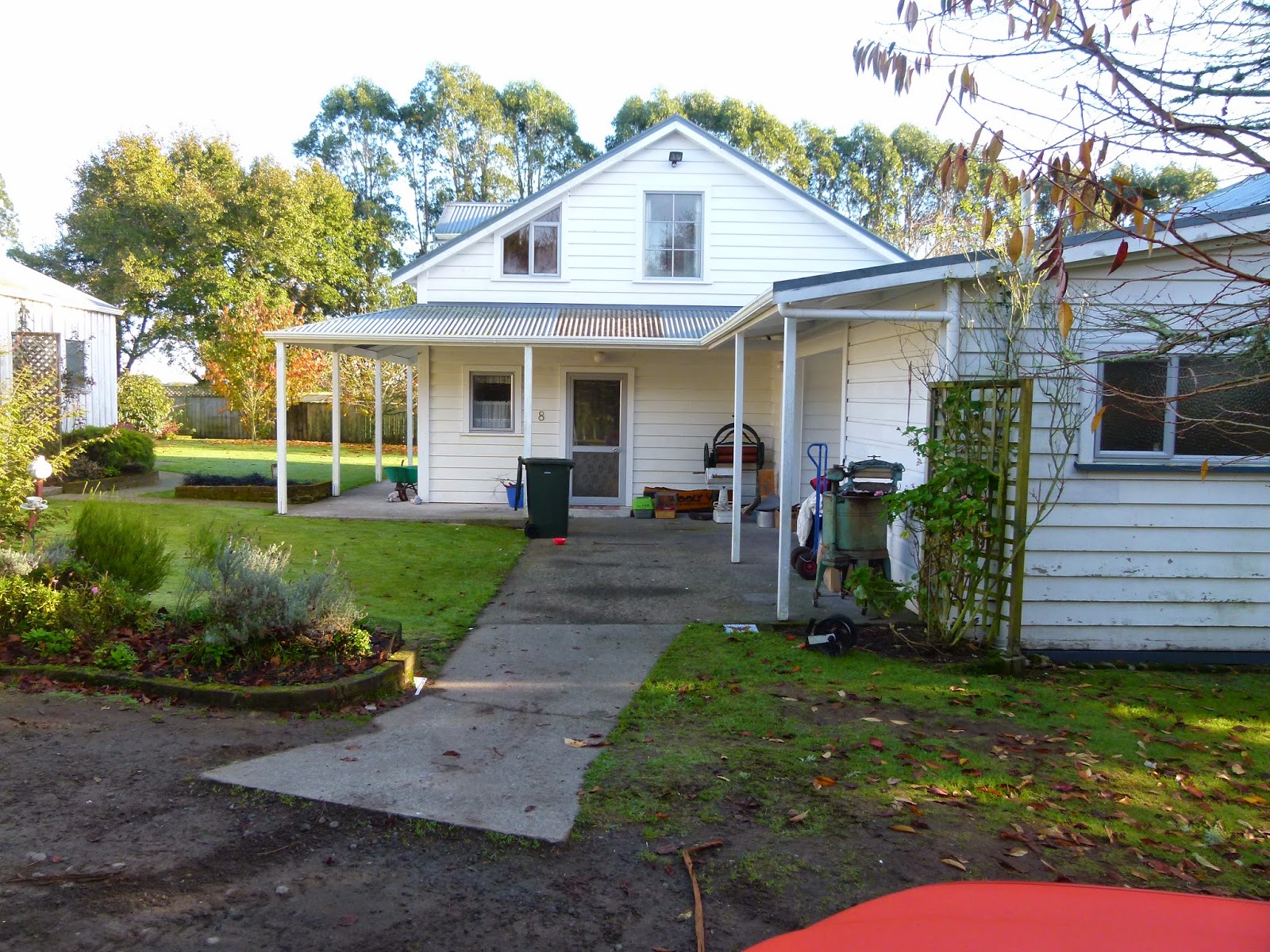 So this is the house and as you can see it has some gardens but I have major plans so as that develops I will share!  In between showers I have been pulling out the gardens as there is a lot of plants I don't like and others that just need a revamp!  I did bring 3 or 4 trailer loads of plants with me, so I need a home for them!
As for the unpacking I am almost done!-well actually that is a lie, I am so over unpacking, and I am here for ever so have decided to take my time!  And too be perfectly honest I want to do some craft, so I just a couple of days left to unpack some essentials, then I am going to find the sewing machine-unless it finds up and then I will look at the garden!
It is good to be back in blog land and hope to catch up again soon,
Michelle.
Posted by Michelle at 13:07 7 comments: